Christmas nut for 2 dogs with a "real window"

My treasured miniatures.
That was a very special order. One lady collects nutshell ( I have recently found out that she owns about 50 items! And I'm flattered to join her collection with my creation.
She asked me for a personal nutshell for her family. She has two dogs - long-haired Jack Russell terrier Hogan and a undefined-black-terrier Nettie. Both of them suffered in a shelter, and mostly got "wasted" for being "unfriendly". But luckily they were adopted and they are a part of a lovely family. That's almost a Chistmas miracle story, so I was happy to make their own Christmas scene in a shell.

I made a real window - the holes are not only "cut through", but are filled with "glass". That's my "know-how", I'll keep that in secret. It's not as transparent as I wanted it to be, but it's ok for a frosted winter window. And I love how it turned out.
Closed nutshell: 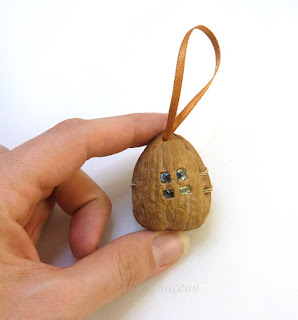 And that's the dog! Jack Russel terrier. As big as double pin head.

The snowman by the tree and a cozy kitchen on the other half: 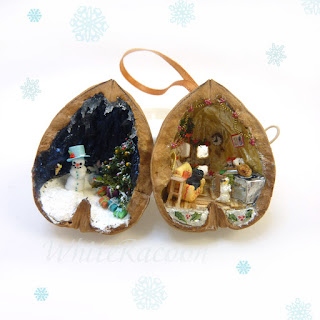 Pointsettia - it stands on the windowsill, 3,5 mm big. 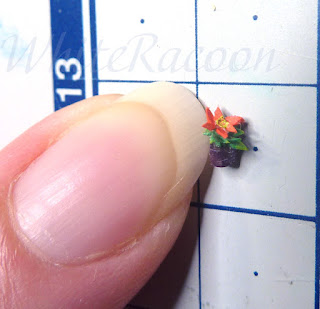 A view on the cooking: a turkey - sniffed by the dog, and a plate of cookies.
Stars, clock, portrait, a cup of milk... 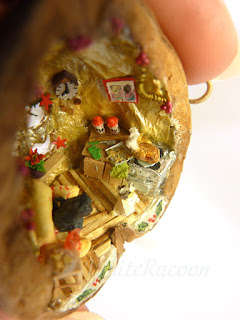 The other dog rests in the arm chair. 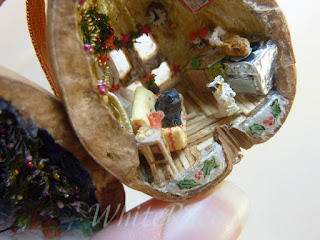 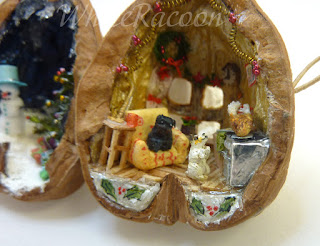 And a final view of the "glass" in the window. 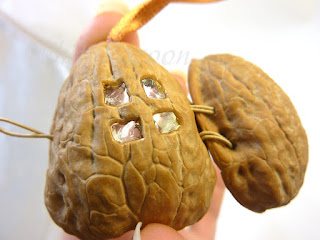 Tell me what you think about it =) Next time I'll show more stuffed pistachios.

WhiteRacoon
Hi and welcome to my blog! My name is Aljona (you can call me Helen though), I'm from Russia. Married to a wonderful man, am a mom of 2 girls (born in 2011 and 2015), devoting life to my family and crafts of all kinds. I like scrapbooking, cardmaking, quilling, knitting, embroidering, cooking and everything you can think of doing with your own hands. Moved to this blog from - whiteracoon.livejournal.com Hope you like it here, your comments and feedback are always appreciated! And I'm sorry for the lack of attention from me - I don't leave comments often, kids - you know...